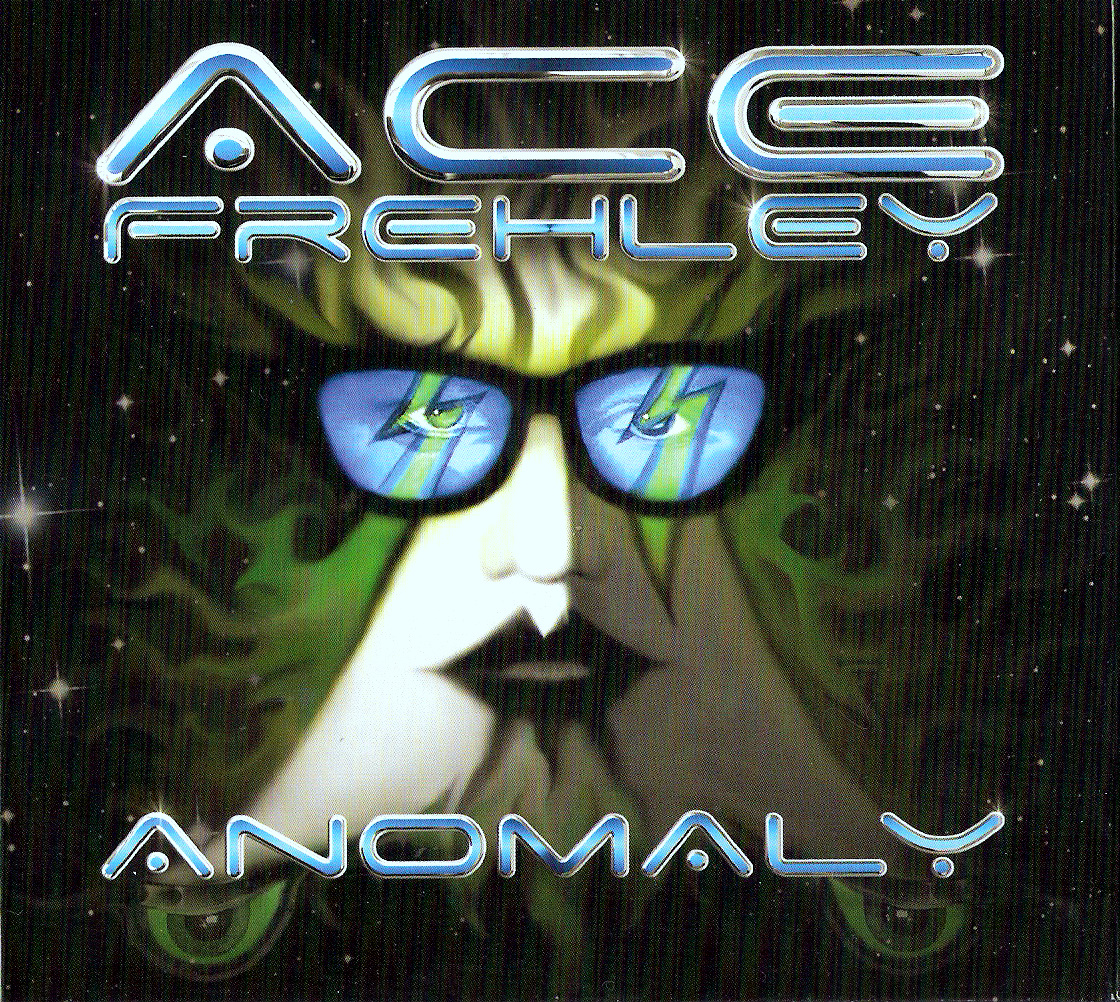 Anomaly is the fifth solo album by former Kiss guitarist Ace Frehley, released on September 15, 2009.[2] It is his first album of new studio material since 1989's Trouble Walkin'. Frehley produced most of the album himself, with Marti Frederiksen producing the Sweet cover "Fox on the Run". The album is dedicated to late Kiss drummer Eric Carr and late Pantera guitarist Dimebag Darrell. The album debuted at number 27 on the Billboard 200. And at number 20 on the Swedish album chart.

The Return of Space Bear (5:47) <iTunes Exclusive album only track> 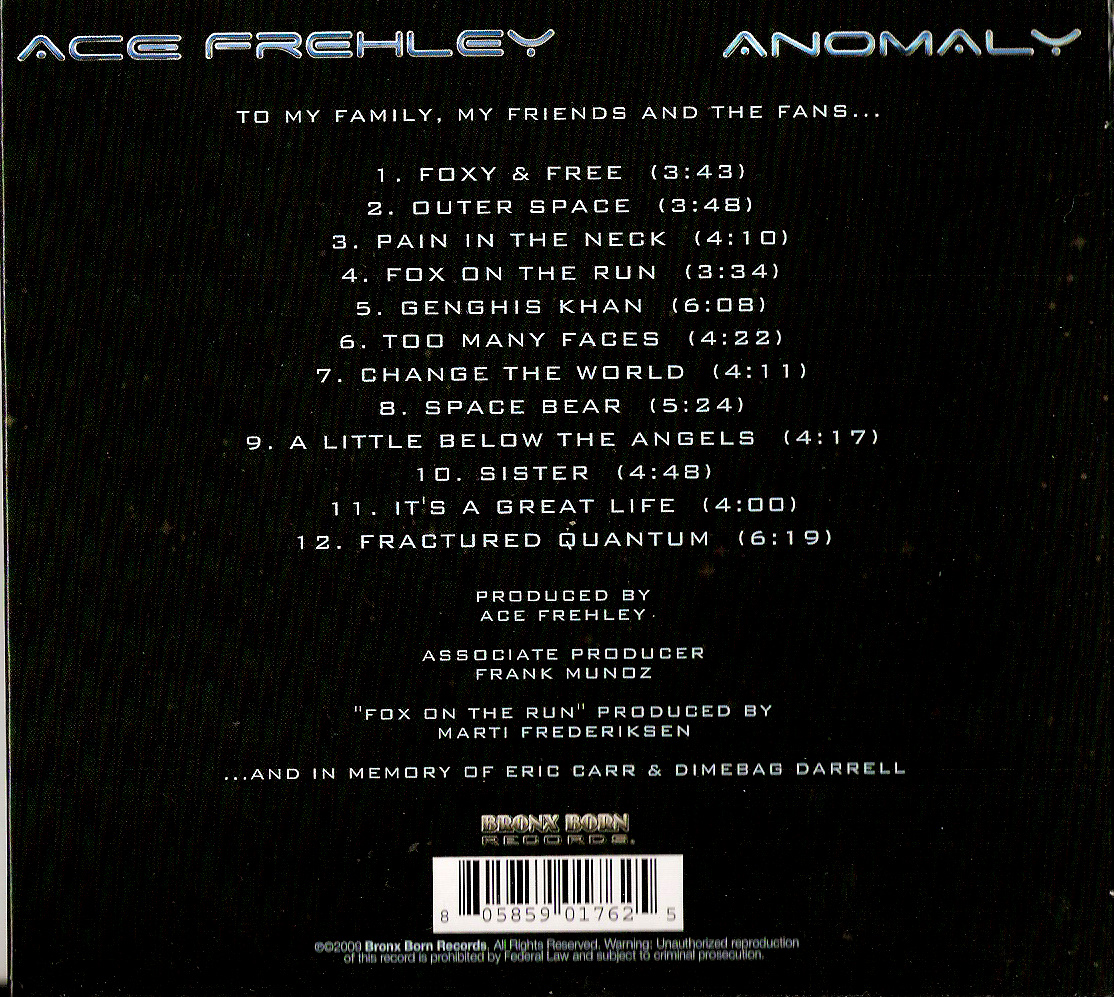 Ace Frehley's official website and YouTube channel released a promo commercial for the album. In the commercial, a boy is outside a sound studio, telling a girl that he has been waiting for the new album for over a year. Their uncle, who is sporting a mullet and wearing a Trouble Walkin' t-shirt, tells them he's been waiting for 20 years. Suddenly, from out of a thick cloud of smoke, Frehley on a Chopper appears. He makes a hitchhiking-like gesture (which was used in the Kiss Meets the Phantom of the Park film when using his transportation powers), magically giving the trio copies of the CD. He then lets out an "Ack!" (another reference to the aforementioned film in that it was his common catch phrase) before riding out.

The CD cover folds into a pyramid. Another version of the CD included a "tattoo". Anomaly has also been pressed on limited copies of vinyl records.