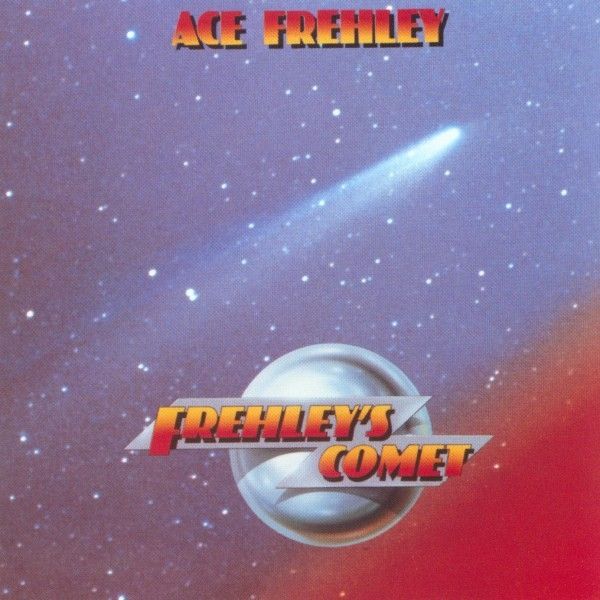 Frehley's Comet is the second solo release from Ace Frehley, former lead guitarist of Kiss. It was the first album Frehley released after leaving Kiss in 1982. Anton Fig, who played drums on the album, also performed on Frehley's 1978 Kiss solo album, as well as Kiss's Dynasty and Unmasked albums.

Track 02 : "Breakout" : originally an incomplete instrumental titled "Heaven" (a.k.a. "Carr Jam 1981), written by Eric Carr and Ace Frehley. Various (length) versions of the track were recorded in Toronto during KISS "The Elder" sessions in 1981. Richie Scarlet would put the finishing touches on the song dring mid-1984.

Track 04 : "Something Moved" would include sampled sounds sequenced by Gordon Gebert.

Track 05 : "We Got Your Rock" is originally written by Marty Kupersmith (aka Marty Sanders) in 1983. When Frehley's Comet took up the song there may have been changes made to this song.

A promotional 12" remix version of the song would reduce the song from 4:20 to 4:01. The remix version would be done by Andy Johns, assisted by Paul Wertheimer. The original 707 song is credited to Tod Howarth, Jim McClarty and Kevin Russell. In 2004 German label MTM Music reissued the 707 "Megaforce" album on their MTM Classix side label.

"Into The Night" (filmed on location in San Francisco,California)