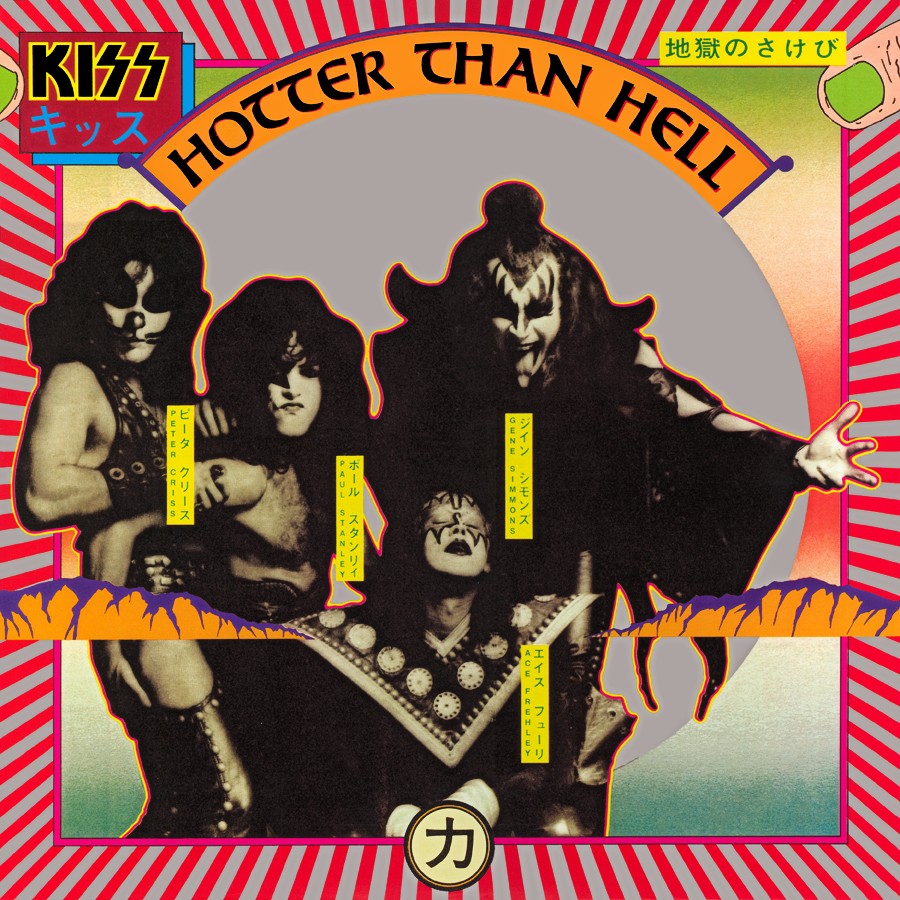 Hotter Than Hell is the second album from the rock group KISS. It was certified Gold on June 23, 1977, having sold 500,000 copies. The album was re-released in 1997 (along with most of Kiss' earlier albums) in a remastered version. The album peaked on the charts at number 100 without the benefit of a hit single.

"Hotter than Hell was a harder album to record than our first record because we had toured so extensivly and then all of a sudden the record company wanted us to put out another album. Id give Hotter Than Hell three and a half stars"

"For one photo session we did for the Hotter Than Hell album, this doctor told me I could only put makeup on half of my face. So all the shots were profiles(laughs). I got into a car accident. Something pissed me off. I got ddrunk one night and I kept driving around the Hollwood Hills. I kept going around the same block faster and faster (laughs) until I lost control and hit a telephone pole. I think I was just testing destiny. I got out of the car and I had cut my head. I walked back down to the hotel and I knowcked on my road managers door and theres blood running down my face. He said, "oh god what happened to you"? I go, "I wrecked my car". One of many (laughs), it was like the beginning of the sega".

The production team of Kenny Kerner and Richie Wise, who had produced the group's first album, was chosen for the follow up. Since the pair had relocated to Los Angeles, Kiss flew there to work with them. The band, all native New Yorkers, immediately developed a dislike for their new surroundings. Paul Stanley's guitar was stolen his first day in Los Angeles.

Musically, Hotter Than Hell is darker than the band's first album. This is partly due to the murkier production values, but also to the lyrical content of some of the songs. "Goin' Blind," which details a doomed romance with a 93-year-old and an underage girl, was a song written by Gene Simmons and Stephen Coronel during Wicked Lester's existence. The original title was "Little Lady."

Hotter Than Hell featured far more overdubs than the first album. While Kerner and Wise wanted to produce a record that captured Kiss as a live act, they decided to take advantage of the experience the band had gained as recording artists.

Although the album featured two songs penned solely by Frehley, he did not sing on either one of them. His lack of confidence in his singing abilities at the time led to lead vocal duties for "Parasite" and "Strange Ways" going to Gene Simmons and Peter Criss, respectively. Frehley's guitar solo in "Strange Ways" has been called one of his best

The album is also known for its striking cover: the front featured Japanese manga-influenced artwork, and the back cover showed individual band shots taken by Norman Seeff at a wild party, and a composite of all four band members' makeup designs. Everyone present at the session (with the exception of Simmons) was drunk for the entire photography session. Stanley was so drunk he had to be locked in his car. Paul's drunken state can easily be seen on the album's front cover as it appears Peter Criss is holding him up while Paul holds onto Peter's leg.

The Japanese character on the bottom of the album cover (力) is chikara, which means "power." It would later be used on various forms of Kiss material during the 1970s and 1980s, most prominently on Eric Carr's drum kit.

The Japanese on the top-right corner of the album cover (地獄 の さけび) is jigoku no sakebi, which means "Hell's shout" or "The shout of hell."

Ace Frehley's image on the front cover is actually airbrushed, as a side of his face was injured in a car accident and was without makeup on the afflicted area at the time of the photo shoot. Also, the Japanese characters used for Ace's name pronounces it wrong. The characters are エイス フューリ (eisu fyuuri), which would translate to "Ace Fury." The characters should have been エイス フリーリ (eisu furiiri).

Despite the intense touring schedule Kiss maintained in 1974, Hotter Than Hell failed to outperform the band's first album. In fact, it did considerably worse. This was due partly to the fact that Casablanca Records' distribution deal with Warner Bros. Records had ended. The publicity push behind the album was not nearly what it was for Kiss (album). One notable exception was a television commercial aired to promote the album. The only single released from the album, "Let Me Go, Rock 'n' Roll," was distributed in low numbers and failed to chart. Four months after the album was released, Kiss were pulled off tour and called back into the studio to record a follow up. Hotter Than Hell was certified Gold on June 23, 1977, when it sold 500,000 copies

Many of Hotter Than Hell's songs are live staples for the band, including "Got to Choose", "Parasite", "Hotter Than Hell (song)", "Let Me Go, Rock & Roll", and "Watchin' You". 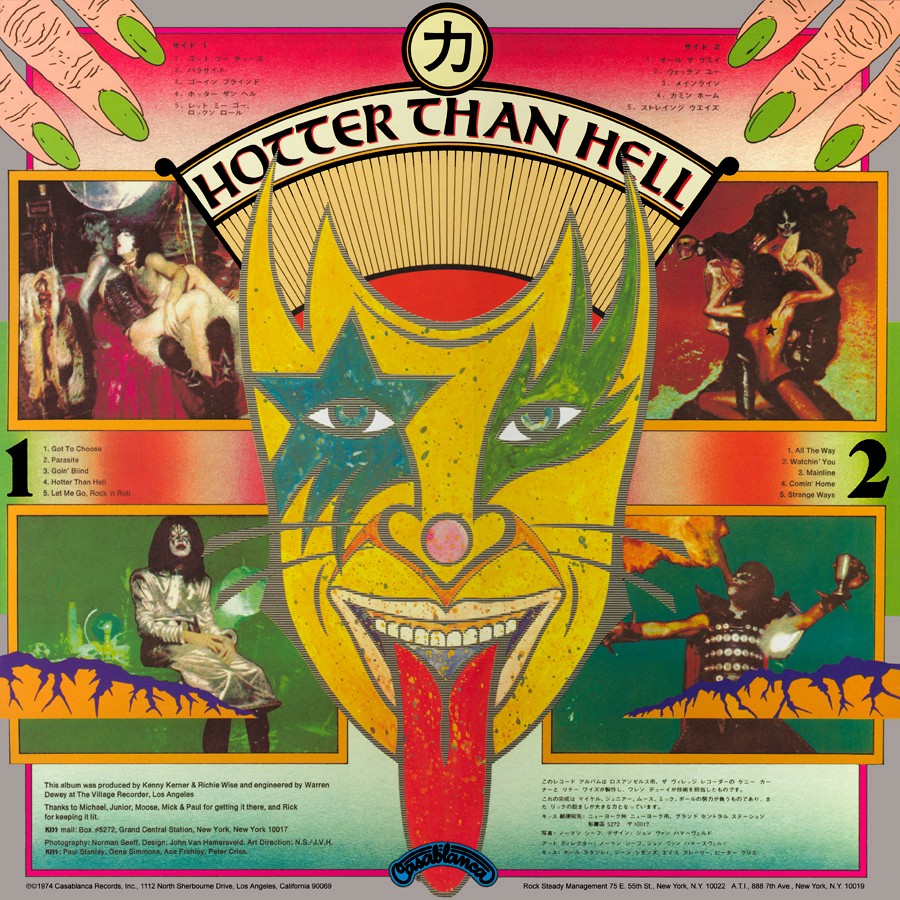